– The Terraplanes be at ‘Gaz’s Rockin Blues Club’, Soho London on the 29th July! – 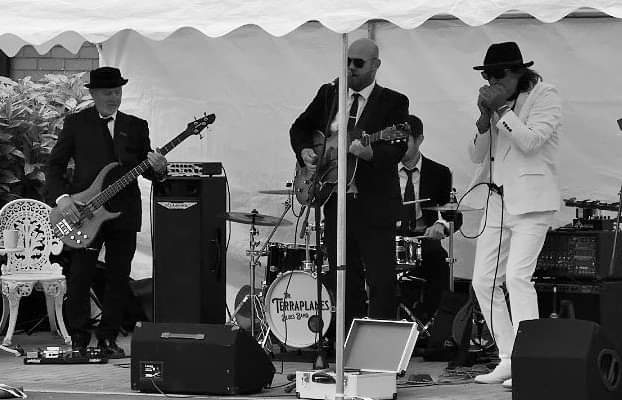 Terraplanes UK playing at ‘Gaz’s Rockin Blues Club‘ Wardour St, Soho London on the 29th July 2021
“THE TERRAPLANES LIVE! IN LONDON”
Surely one of the most exciting blues bands around. The Terraplanes Blues Band, from Bristol UK are playing their first ever London show at the iconic blues venue “Gaz’s Rockin Blues Club”. Wardour St, Soho
on the 29th July 2021.
Playing brand new material from their album to be recorded in August, plus tracks from the band’s critically acclaimed debut E.P Midnight Train (released May 2020).
The band have been described as…
“A heady mix of driven and laid back blues..Raw & Authentic” by Blues In Britain Magazine.
“Superb! An Extraordinary Blues Band” by Blues Matters Magazine.
Gaz Mayall, eldest son of British blues legend John Mayall DJ’s and hosts London’s longest running one-nighter. He occasionally plays with his Ska band The Trojans.
He first began Gaz’s Rockin Blues in July 1980 after a few guest appearances at the Two Tone Club, Oxford St in 1979. The blues club moved to St Moritz in 1995.
The band are undoubtedly hugely excited about this show!..
Frontman Nick Scrase told TTP exclusively…
“This is a great time for us to be doing this gig! We are buzzing about playing the new stuff live. Dancefloor Rhythm and Blues is what we’re all about and the warm up shows we’ve had has given us a great chance to work on the songs live.
“We have written some top tunes and can’t wait to get into the studio next month to record our first full album. Its always been our idea to live at the studio for a short time and lay the music down at our own pace”.
“Next month we’re heading to the Welsh Valleys to Foel Studios for four days to record. It’s everything we’ve been building for for the last seven years. For it to be just around the corner seems crazy now!”
“We had a show in London last year at a different blues venue which was unfortunately cancelled but playing at Gaz’s has always been on the list as far as London goes..If you’re a blues band, this is where you want to play!”
“We are looking forward to putting on a great show!” 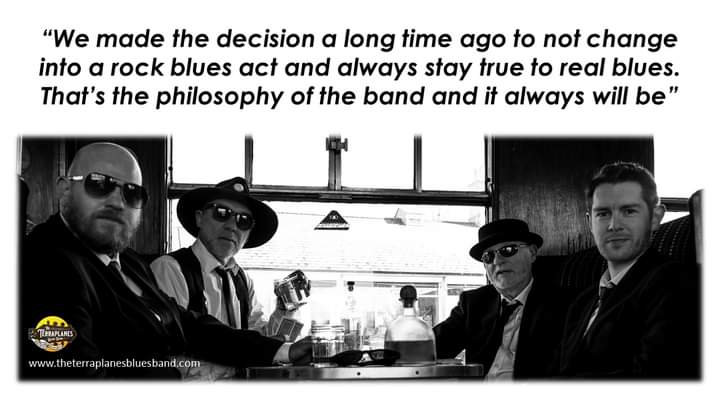 A Small Bio on The Terraplanes UK

The Terraplanes are a 4 piece blues band from Bristol UK. Taking influences from the juke joints of the Mississippi delta through to the British R’n’B invasion of the 1960’s.

A fine blend of finger pickin’ country blues and hi-energy, raw R’n’B. This 4 piece from Bristol UK have a unique, distinctive feel of the golden era of the blues.

These guys have so much lined up and planned for the future, stay tuned and follow the ‘Terraplanes UK’ on Facebook, YouTube, Instagram and Spotify or on the Social Media Icon links supplied below!