– From Piatra Neamt, Romania Teona Racheriu Is A Star In The – 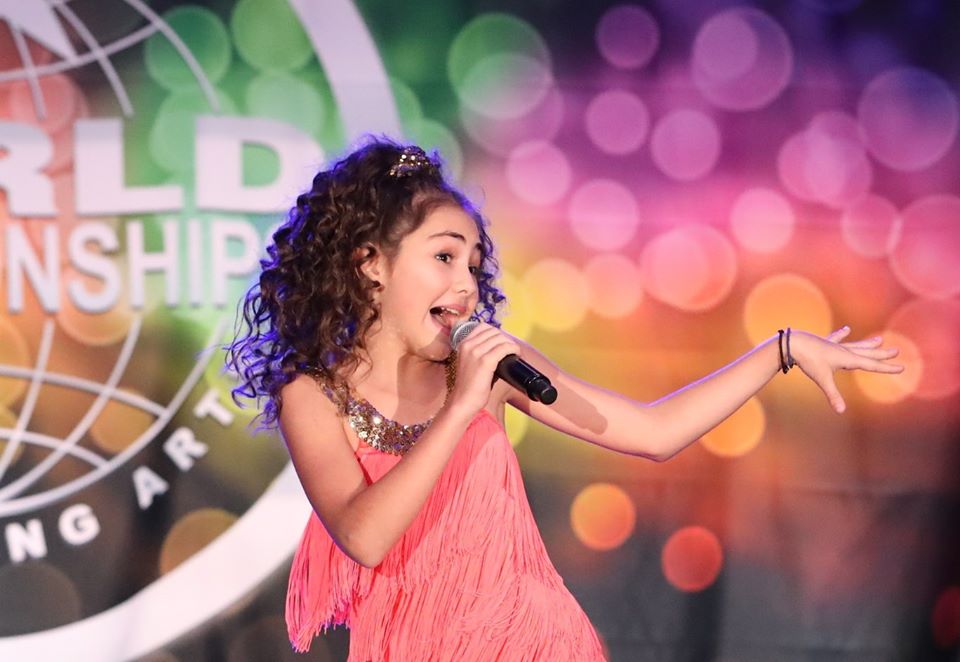 “Music has helped me grow harmoniously”

She is a pupil of “Victor Brauner” High School of Arts – Piatra Neamt, fourth grade.

“Work, fight and win! Make people smile, laugh and then life will be more beautiful! Music helps me grow harmoniously.

From the age of five, Teona Racheriu, was remarked and co-opted in a theater troupe led by Liliana Simeon, at the Pinochio club in Piatra Neamt.

At the age of six she won the “Trophy of Excellence” for the lead role in “The Little Girl with Chibriruri” at the Gala of Arts Institutions -Brasov 2013.

Teona’s passion for the theater has made her mark on her artistic career.

She participated in numerous national and international competitions: Portugal, Turkey, Tenerife – Spain, Bulgaria, Belgium (at the European Parliament – Brussels), Romania, where she has so far achieved over 150 trophies in singing, theater, dance and piano competitions.

She also starred in two films: “The Epidemic” and “The Mystery of Sofia”. She was represented in Romania at the World Championship of Performing Arts,  held in July 2019 in Hollywood, California, United States of America.

Teona was Invited to participate in a radio project “Chiriţa în balon” (lead role) by the radio programmer, editor Adrian Gelu Radu from Radio ProDiaspora, a project that was successfully completed within the Workshops of the International Festival “Youth Festival” from August 2017.

Teona was spotted by Mrs. Ecaterina Campean, director and radio programmer at Radio Pro Diaspora, who proposed to make the children’s show “Teona’s Story World,” a show broadcast every Sunday at 18:00 (Romanian time).

You Know You Make Me Wanna Shout - cover - Teona