So Proud to have Simon Collins on board and Part of our Top Talent Music Family ! 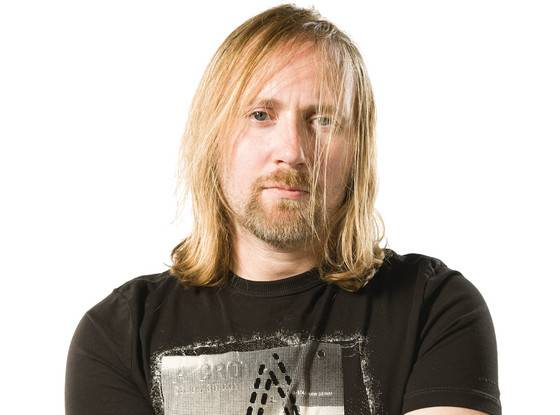 Simon Collins has literally spent his life immersed in music and with his U.S. debut album, “U-CATASTROPHE,” he brings all of his experiences and ideas to the fore.

The Vancouver-based musician/songwriter/producer has unleashed a truly unique collection, veering freely from volatile electronic-infused hard rock to intimate, though no less intense, examples of his gift for melodic song-craft.“I found my voice on this record,” Collins says. “Sonically, emotionally, and with conviction. This album has brought to balance all of my influences. Not just musical, but the things I feel the need to sing about.

”Born in London England, Collins moved to British Columbia at the age of 8, a transition he describes as going “from Blade Runner to suburbia.” Inspired by his father, the one and only Phil Collins, Simon picked up the drumsticks at a very early age. And like his dad, his creativity and musical instincts eventually led him to the piano, where he began penning original material.

Collins’ diverse tastes and burgeoning interest in songwriting weren’t reflected in some of the earlier bands in which he played, bands far more interested in just utilizing his undeniable strength behind the kit.“I had two sides to me,” Collins says. “Part of me wanted to go all out on the drums and work on producing and writing modern heavy guitar rock.

”In 2000, Collins’ demos caught the attention of WEA Germany, which brought him to Frankfurt to record his trance-fueled debut, “ALL OF WHO YOU ARE.” Though the collection yielded two hit singles and sold substantial numbers, Collins felt constrained by its synth-based sonic nature. In 2003, he severed his relationship with WEA and returned home to Vancouver.

He started his own Lightyears Music label and self-released 2005’s “TIME FOR TRUTH,” which incorporated organic instrumentation and a provocative and political lyrical slant.In 2007, Collins with keyboardist and co-producer Dave Kerzner (Kevin Gilbert’s Thud, Giraffe) recorded a cover of the Genesis track “Keep It Dark” as a tribute on the 40th anniversary of his father’s band. During production, he met Kevin Churko, who mixed and mastered the recording. This led Collins to a working relationship with Churko on what would be Simon’s next album.Later that year, Collins signed with Razor & Tie and set to work on what would be his first US release. He teamed with producer/engineer Kevin Churko, known for his association with Robert “Mutt” Lange, and winner of the 2008 Juno Award for “Recording Engineer Of The Year” honoring Ozzy Osbourne’s “BLACK RAIN.” Collins headed to Churko’s Las Vegas studio in May 2007 and the two established a near-instantaneous rapport. Their very first session together yielded two of the album’s unquestionable highlights – “Disappearing” and “Powerless.”“Not only was there chemistry between us,” Collins says, “it was great fun. I came back thinking, ‘Wow, I’ve never heard myself sound this way.’”Returning to Las Vegas in September, Collins stayed in a spare room at Churko’s home, writing songs and working on sound design and programming, while his co-producer recorded tracks in the main studio space.“It was a really cool way of working,” Collins says. “It gave us each the space and time to come up with stuff, which we’d then pass back and forth. It was the most focused I’ve ever been recording a record. It was just wake up every day and do what you love doing.”Collins’ passion rings throughout “U-CATASTROPHE.” The album is a conglomeration of sound, melding digital effects and transient random noise bursts with huge guitar hooks. The widescreen sonic approach amplifies the power of more tender moments such as “Us (love transcends)” and “Unconditional”, songs written as heartfelt and raw expressions of love and gratitude to friends and family members that supported Collins through what he freely admits have been some significant “peaks and troughs.”“It’s really an account of what I’ve been going through the past couple of years,” he admits. “Everyone has their vices, and I wanted to let people into a world I wasn’t really comfortable even talking about two years ago, let alone singing about.”Which isn’t to say Collins has lost interest in speaking out about the social ills surrounding him: “Between I & E” is a scathing indictment of the false prophets who inhabit the religious right and organized religion, while “Eco” – co-written with his then partner Debora Lucyk a.k.a. digitaldebbi – is an angry, yet still hopeful, statement of Collins’ concern about preservation of fresh water sources and our impending environmental disaster.“I haven’t lost the need to ask big questions or to inspire change,” Collins notes. “We all know that there are things that need to be said and things that need to be changed, and artists are certainly a voice for a lot of people. But at the same time, you don’t want to be up there preaching.

”One of the album’s shining moments is “The Big Bang,” a bombastic and inventive instrumental track which sees Simon teaming with his father on the drums in the studio for the very first time. Phil Collins, one of rock’s greatest and most influential drummers, is a brilliant player whose work behind the kit is often eclipsed by his mega-success as a singer and songwriter. When Collins invited his dad to contribute to the proceedings, the two musicians began pondering just what form their first recorded collaboration should take.“We didn’t want to do a big vocal duet together,” Collins says. “We were both totally cheesed out by that idea. I wanted to feature the drums, because that’s really our bond. His drumming was what inspired me to make music in the first place.”Simon recalls inspiration springing from his father’s fondness for recordings Simon had made in an earlier project called DFS consisting largely of primal beats and freeform synth jams.“I sent it to my dad and he said, ‘This is great, man. Are you sure you guys haven’t been doing acid?’” Collins recalls. “‘No, we were just having fun in the studio.’ ‘I’d love to do that,’ he said, ‘just have some fun in the studio.’ So when it came time to do this together, I suggested we do something similar.”Phil Collins is not the only Genesis family member featured on “U-CATASTROPHE.” Simon also invited the band’s original guitarist Steve Hackett to play on the album. The two had become friendly during Collins’ time in Germany and stayed in touch via e-mail. “Fast Forward The Future,” a prog-electro-funk epic which closes the collection, seemed an ideal match for Hackett’s intricate style.“He loved it and sent a WAV file back with this beautiful guitar solo on it,” Collins says. “We never got the chance to work in the same room, but it’s still really cool to have the experience with him and to have him be part of the record.

”While some artists would be hesitant to amplify their familial connections, Collins is confident enough in his own work not to fret the possibility of being overshadowed. Moreover, he is unabashedly honored to have such legends playing on his record.“This is me,” Collins says. “This is real. I’m not trying to hide anything. I’m not trying to stay as far away as possible from these amazing musicians – why would I do that? I’m proud of my dad and what he’s achieved. I’ve always wanted to do something with him and don’t feel like I shouldn’t because of what someone else might think.”That fearless honesty runs through “U-CATASTROPHE,” immediately establishing Simon Collins as an individualistic artist of creative ingenuity and emotional candor after many years of hard work and struggle. The achievement is perhaps best summed up by the album’s blistering title track, which takes its name from J.R.R. Tolkein’s term “eucatastrophe,” referring to the sudden turn of events at the end of a story which result in the protagonist’s well-being.“When it seems all hope is lost and you’re at your darkest point,” Collins explains, “an event or transformation takes place that turns it all around. The clouds part, the sun comes out, and so forth. I’ve had my own eucatastrophe. But to get there, I had to go through the dark stuff first.””U-Catastrophe” went on to win the 2009 Juno Award for “Best Engineered album” and was nominated for a Canadian Music Radio Award for top 20 single “Unconditional”.SOUND OF CONTACT BioSound of Contact is the new progressive rock band from producer & solo recording artist, Simon Collins.2013 saw the release of their debut Sci-Fi concept album ‘Dimensionaut’, and was immediately met with rave reviews and critical acclaim.Co-produced by Collins and Sonic Reality’s Dave Kerzner, the band hears Collins behind the kit as well as being the lead singer.

He is joined on the album by Matt Dorsey with musicians Dave Kerzner, Kelly Nordstrom and a guest appearance from Hannah Stobart.Sound of Contact have created a unique sound, while paying homage to the greats of Classic and Progressive Rock.They were voted “Best New Band” taking home the “Limelight Award” at Prog Mag’s 2013 Progressive Music Awards and also topped many radio stations and music critics’ “Album of the Year” polls.With 3 solo albums under his belt, Simon Collins (son of legendary musician Phil Collins) decided to finally form the band he had been working towards throughout his career.

Enjoy this amazing song of Simons from a few years ago we love it , its called ‘Unconditional’