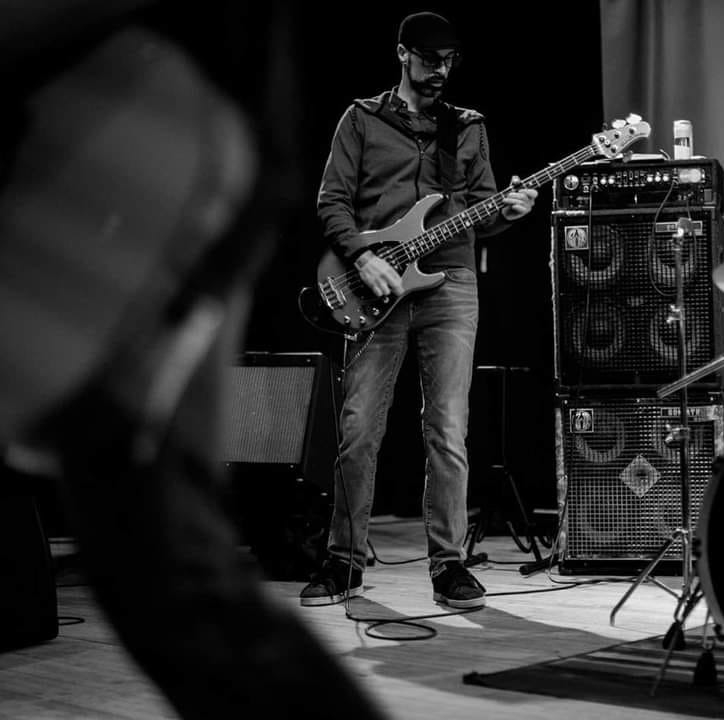 We bring to you another incredibly talented friend of ours and part of the Top Talent Music Family the legendary bass player from Canada – Ryan Redemption!

Meet Ryan Redemption, a bassist from Thunder Bay in Ontario who is living the low end life. When Ryan first picked up the bass in school, he said he thought it would be an easy credit. He got more than he bargained for, in what he describes as “a lifestyle instead”.

Ryan is the No Treble reader in the spotlight for the week of April 14, 2014.

Ryan Redemption started off plucking his 4-string away in a classical strings class then moved onto punk rock, metal, reggae, and top 40 acoustic. After 18 years of playing with various groups (and still is), Ryan started a side project of solo bass work. Ryan’s sound is a blend of tapping, slapping, picking and various other techniques to create a overall melodic to aggressive feel.

I play bass, that’s what I do. Recently (March 29th), I recorded 16 songs for a Grindcore band named Grindcorchestra.

Also for the year of 2013 I was voted Thunder Bay’s Favorite Bassist by TbShows.com

The band Ryan currently play with is “The Bay Street Bastards“

Why He plays the bass:

What I thought would be an easy credit in school turned out to be a lifestyle instead. Who would have thunk it?

His bass superpower/claim to fame:

I guess I’d have to say tapping. I love tapping… it’s a pretty good time!

Anything and everything influences me, but bassists I’d have to say include Jaco Pastorius and good ol’ Victor Wooten. Those guys are simply awesome.

Ryan is also an Editor for the Incredible Bass Players website BassGuitar.com