Owen is an old classic soul living in the body of a teenage Puerto Rican boy. Born and raised in Southern California, Owen discovered his love for music at the young age of two when his parents gifted him his first toy drum kit . At just three years old, he was persistently studying and playing drums, percussion and singing songs by classic rock bands such as Led Zeppelin, The Doors, The Animals, and The Rolling Stones. Being Puerto Rican he developed a love for the Latin sound as well and was influenced by Latin Artists Marc Anthony, Elvis Crespo, Victor Manuelle and Luis Fonsi. It was at this point that he and his family realized his unbreakable bond with music would inevitably turn into a professional pursuit. From age 3-8 years old, Owen began rocking stages in Southern California as a front man, drummer and guitarist at Big Summer Festivals, Prestigious Wineries, Beverly Hills Events, The House of Blues and at NAMM. He also signed several company endorsement deals during this time including: Soultone Cymbals, SJC Drums and Tycoon Percussion.

Owen’s first TV network appearances included season 3 of NBC’s “The Profit” (2015) on the drums with Green Day‘s Tre Cool and Nickelodeon’s “You Be You” campaign on percussion. Later, Owen was selected to appear playing drums in multiple global Old Navy campaigns including the 2017 Back to School Campaign and 2018 “Jingle Jammies” Holiday Campaign. Owen also had the opportunity to play drums for XQ Super School Live, a touring theatrical production created to inspire change in public high school education. The show was televised and featured various artists including Ringo Starr, U2, YO-YO Ma, Jennifer Hudson, Sheila E, Sheryl Crow and Carrie Underwood to name a few. Owen’s style and skill also attracted the attention of ODE Media Productions and British Writer/Director Jamie Thraves, who asked Owen to play the son of All American Rejects singer Tyson Ritter in his music film: Close Your Eyes (2017). Over these years, Owen was blessed to be a part of shows featuring some legends in the music industry including Mavis Staples, Joan Osborne, Graham Nash, and artists of the iconic label Stax Records including William Bell. Owen was even invited to Mavis Staples private studio to watch her track one of her albums and speak with Mavis about songwriting. These experiences have had a profound impact on Owen, fueling his passion to write and perform songs with a message, and inspiring a unique sound reminiscent of classic soul-rock with a Latin twist.

In the summer of 2018 Owen was flown to New York by the Producers and Casting Directors of Sir Andrew Lloyd Weber’s production School of Rock. Owen was offered

a lead role on Broadway in Sir Andrew Lloyd Weber’s School of Rock Broadway Musical hit but eventually had to decline due to the sudden news of his mother being diagnosed with cancer. This experience left Owen humbled, focused and ready to pursue his own music.

Most recently, Owen has been working with a Multi Gold and Platinum Album Award Winning Producer in Los Angeles. They have produced a number of short music cover videos that have generated millions of views from around the world. They also have some big music projects in the works they are excited to share very soon! Stay Tuned! Also, Owen was also recently honored to sign an Artist Agreement Deal with Ernie Ball and join their family of amazing guitarists.

When Owen is not in a studio, on stage, singing, drumming or noodling on the guitar he is working on his other passion… Acting. Owen is a Professional VoiceOver Actor and has worked on Feature Films, starred on hit Emmy Award Nominated Shows, and worked in Emmy and Oscar Award Winning Studios. Owen most recently finished working on one of Nickelodeon’s hit TV shows. Much more to come on this front as well with new projects constantly in the works in Hollywood.

Owen is an artist truly not limited by young age, with an uncontainable passion to tell stories through his music and take people back to an old soulful sound. With the right platform, Owen will use his voice and music talents to uplift spirits, make people reflect on the world, and ultimately cultivate a desire within others to make a difference. 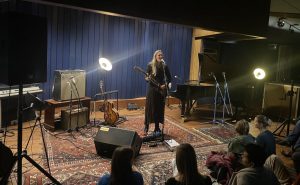 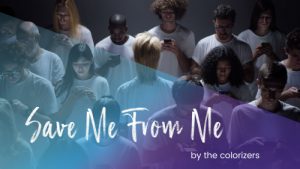 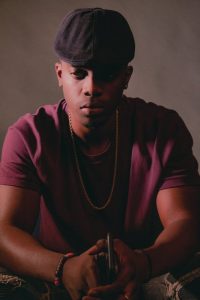