– CHOZE New ‘D.I.Y’ Album Out Now On All Music Platforms – 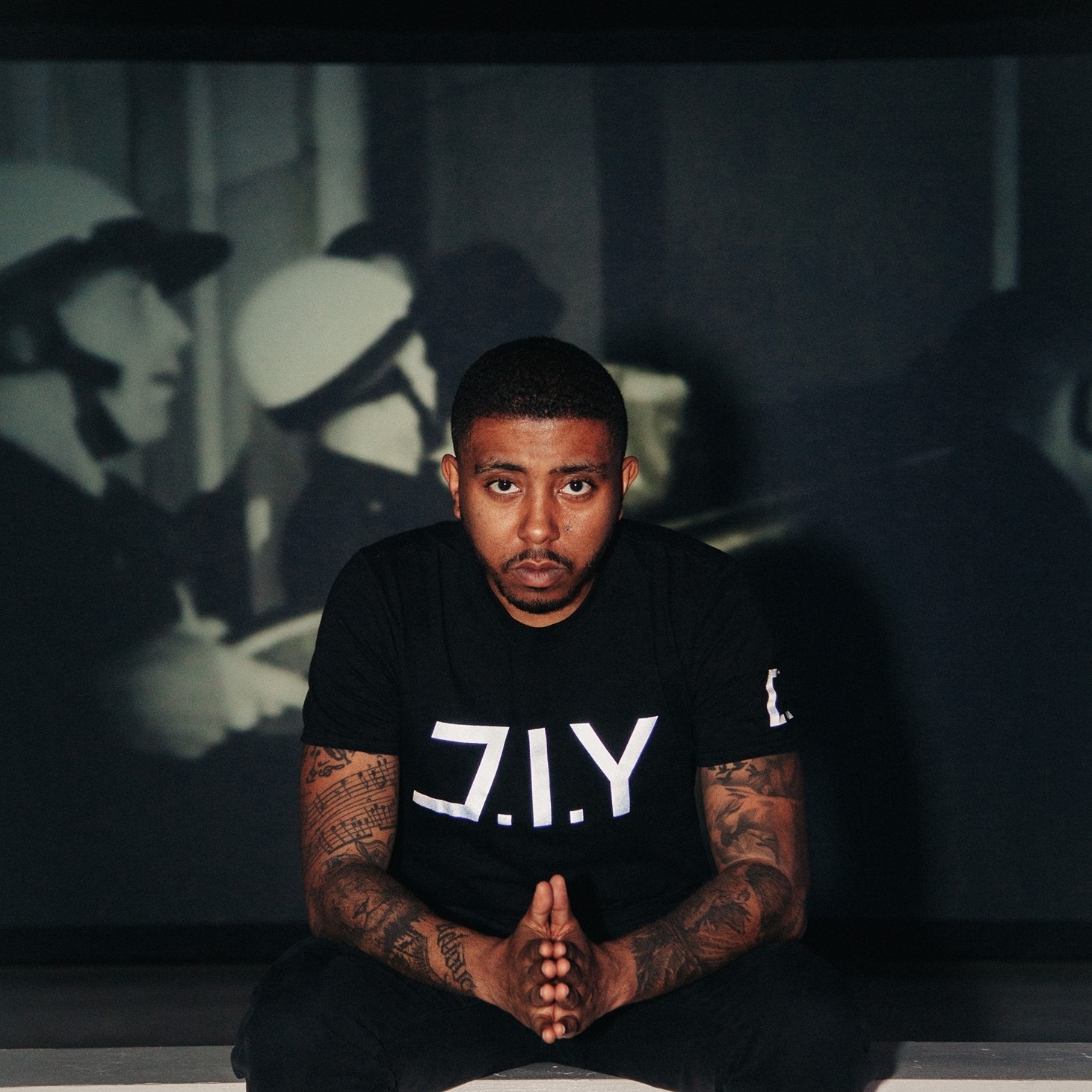 Words From The Man Himself

As they say, if you’re going through hell, keep going. It’s a mantra that has been the foundation upon which avant-garde rapper CHOZE has built his underground empire.
The London-based artist, at first, was travelling down quite a different path in life; his success was born of a failure that saw him have to build his self-esteem from the ground up. As a young teenager, he had been scouted to train for professional football teams from Millwall to Queen’s Park Rangers, but an ankle injury saw his untimely release. It was then that he decided to pursue his most abiding passion: music.
“Music was my saviour”, CHOZE says. It was a constant in his home growing up, with a music-loving family imprinting the grooves of Michael Jackson into his childhood memories, unknowingly shaping the trajectory of his future career. It was when family member Neutrino, half of the DJ and MC garage duo Oxide & Neutrino, skyrocketed to success with their game-changing Number One UK single “Bound 4 Da Reload (Casualty)”, that CHOZE knew, from that moment, that this was what he wanted to do.
It was then that CHOZE started to cut his teeth on the influential pirate radio stations such as Deja Vu FM and Delight FM. It was a thriving underground scene which would carve a path for grime kingpins Dizzee Rascal and Stormzy to rise up. Through this community and its DIY spirit, CHOZE found a safe space to gain the confidence to start recording his own music.
When he started to gain traction networking and recording demos, he was approached by Virgin Records to sign a record deal with a boy band. While the offer may have been commercially tempting, CHOZE knew the music they wanted him to be involved with didn’t represent him as a musician – he prizes his identity and his artistic integrity above all else.
It was clear that CHOZE didn’t need a major label record deal to thrive on the London music scene. His first live performance was with iluvlive, a music development platform that were responsible for showcasing Ed Sheeran, Jessie J and Tinie Tempah, to name but a few. It was there that he caught the eye of host Ras Kwame (BBC 1XTRA, Capital XTRA), who told CHOZE that his dynamic performance and onstage charisma was his highlight of the night.
As he began to release his music, the likes of Sony’s Flava TV started to showcase his hip-hop cuts, from “Out of The Dark”, to “Now Your Life Begins”. CHOZE began to generate so much hype that he was crowned Flava TV’s “One to Watch”.
It would be his genre-defying track “Sell My Soul (I Won’t), featuring Max Stone, generating a quarter of a million views on YouTube, which would garner praise from music critics across the board. The song would be played by Kelis’ DJ, Nikki Beatnik, and Capital FM’s Andi Durrant. It placed him as one of hip-hop’s most exciting rising stars.
CHOZE has also become a flagbearer for fighting the knife crime epidemic in London after a 15-year-old teenager was murdered on his Clapham estate as he was growing up. His experiences with hardship have injected his music with an unapologetic grit, which saw him invited to the stage of Hammersmith Apollo by MBE Paulette Randall and Sir Lenny Henry as part of their anti-knife campaign, ‘It’s No Joke’.
From now on, his every move is future thinking. He has his sights set on releasing his long-awaited debut LP, called “DIY”. Not only is it a bold, definitive statement on CHOZE’s identity as an artist, but it also recaptures the essence of the ‘old skool’ era that raised and shaped his sound. “DIY” boasts a line-up including the original king of drum and bass, Skibadee, as well as producers DJ Lynx, SKOLZ, Renzo and Shai Sevin.
Signing with Kartel Music Group, CHOZE, at last, has the means to realise his vision on a global scale. “My dream”, he shares, “would be for this album to be respected not only by my peers and idols but from the organic followers who appreciate the art I’ve always tried to create and project.”

This Guy Is Fantastic!