– The 1 and Only Alex Clowes aka ‘Alex N Bandits’- 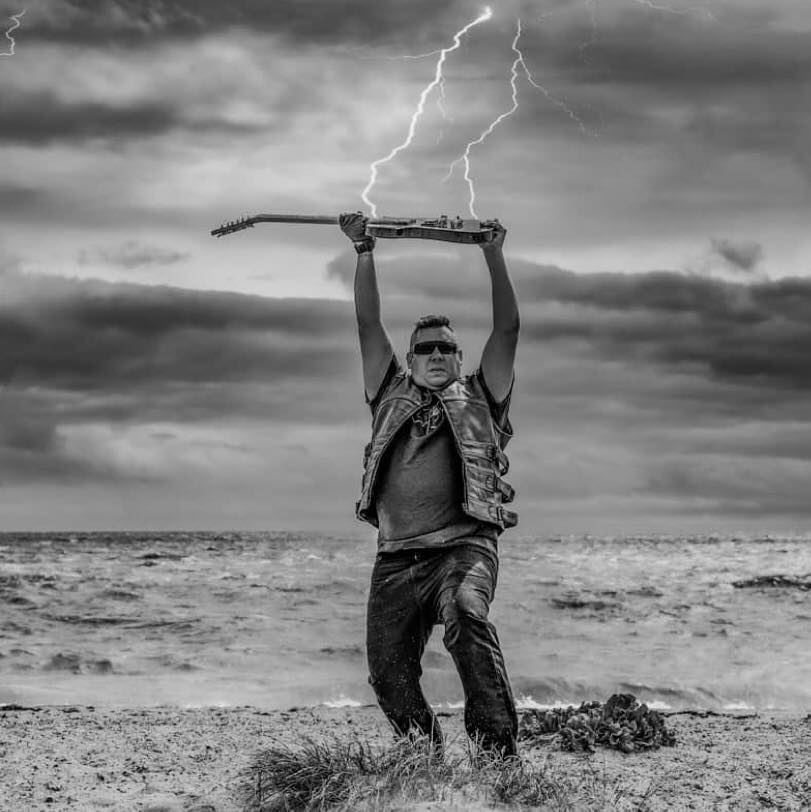 In His Own Words…

Back in the late 80s I attended the Haverhill Suffolk music school and played violin and sang in a choir.

I was also in a church Choir and led a strict regimented musical childhood from the age of 7, attending on Saturday mornings and rehearsals twice weekly also.

We toured France , Germany, America , Wales and the U.K. .  My dad often let us come to the pub to watch his jazz band perform also so I got used to it being the norm and enjoying that environment.

I later rebelled and formed first punk rock band at age of 14 winning a few band competitions and we played the local pubs and clubs in anglia region and London including Hard Rock Cafe which was a memorable experience. Drugs , brawls , mental health problems later kicked in and the ‘Rupert’s ‘ went their separate ways after some crazy nights on the randan in 2004.

I wandered round various towns for a five years aimlessly until 1 day I’d had enough of the drugs scene, gang members, violence , depression and death.

I formed alexnbandits as a solo project with all the members in my head because by that time I was isolated from mainstream society and living in a supported accommodation with round the clock nurses due to an incident that occurred in my hometown and a police van was hijacked at gun point and I was subsequently arrested for assisting an offender and placed there.

The first of the alexnbandits songs was on a short compilation of 5 for Tommy Robinson known as ‘songs for our cause ‘ which was played around country at various demonstrations.

In recent years the focus of the music has changed as my blinkered  mindset became more liberal and open to new ideas from different cultures and I look forward to releasing a new album of songs in the next few months which is aimed at bringing rock n roll back to the masses with a pop metal edge.

I’ve been influenced in recent years by the resurgence of Judas Priest, wasp , the longevity of Elton John also newer bands like stop stop!

Looking forward to hitting the road again in near future and I would describe the sound as pirate metal punk rock alternative Brit pop.

I would really like to put on a free festival for the impoverished with any money raised going directly to the homeless and deprived. ( looking to hand out free burgers and drinks) ..I feel ashamed of my past behaviour.

I feel like I have to give something back to society and am prepared to die trying to enlighten people about the true meaning of life.

I am crazy enough to think my legacy can change the world.

Check Out His Track below called ‘Suicidal Clown’

Follow Alex on the Social Media Icon links below…