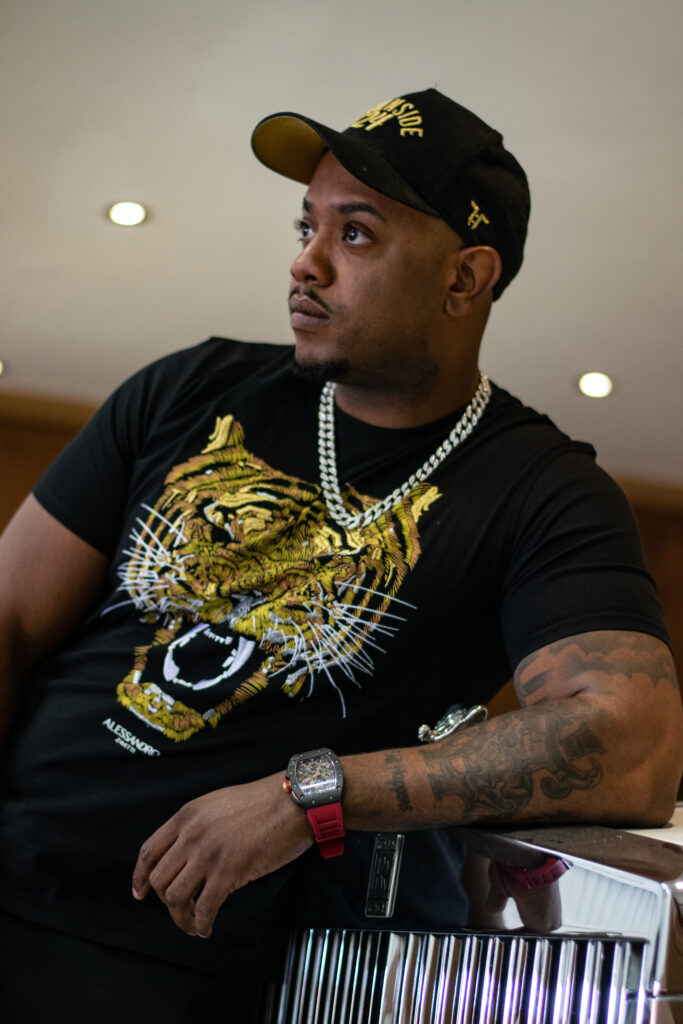 Downside24 is a British rapper and musician of Jamaican descent from Erdington, Birmingham UK
The name Downside24 originated, as it was the road and area he grew up on as a kid.
The twenty-four represents the area postcode number.
You may recognise the name or the face as a regular feature on the channel U station (sky tv) in 2006, with the hit song titled “Moneyman”
Which won a prestigious award for best music video at the “MVP’S”
It is also a known fact he grew up on the same street as an elder,  to U.K rapper mist. So, the musical talents were definitely undeniable in that street.
Early music influences for Downside were Tupac, Jay-Z, Master P
After some time out from the music industry, to travel the world and tick of some life time changing goals. In 2016 Unfortunately Downside24 was faced with his biggest challenge to date. He found himself quite shockingly forced to retire early from his main passion music, due to being diagnosed with Thyroid cancer, at a very young age. After a long fight and much determination, at one point even losing his voice and unable to speak, he finally got the fantastic news to be 5 years in remission and Cancer free.
Of course, this prompted a new desire to return back to what he loved. In early 2020 he returned back to the industry, with the long awaited, catchy track featuring Ayo beats “shot caller”. With a current classy, Bougie and summery vibe, with a memorable rolling new sound beat, the story themed video, accompanied the song perfectly for the comeback.  With an edgy ending to keep fans awaiting to what would follow next.  Old and new fans flocked to show fantastic support and so the journey continued………
Summer 2020 saw the start and inspiration to get back in the studio, with his friend/music producer Ayo Beatz and began creating the 5 Track Ep.
It was premiered in September, with again a vast support network of fans, which was a great response.  Just weeks later the same producer had the N0 3 hit in the charts for Wes Nelson of LOVE island titled “See Nobody”.
The first track of the Ep “Tek a piece” featuring Ayo Beatz, was released in September 2020 and had great airtime coverage on BBC Radio 1extra, especially played repeatedly by DJs Sian Anderson and Kenny Allstar.  Sandy from Goggle Box also cameos in the fun vibrant video.
Luciano was the second single released, receiving 200k views in the first month. The song featured on Link up T.V, along with massive support encouragement from many other private radio stations.
His new song Mad Flex will be released on 22nd October